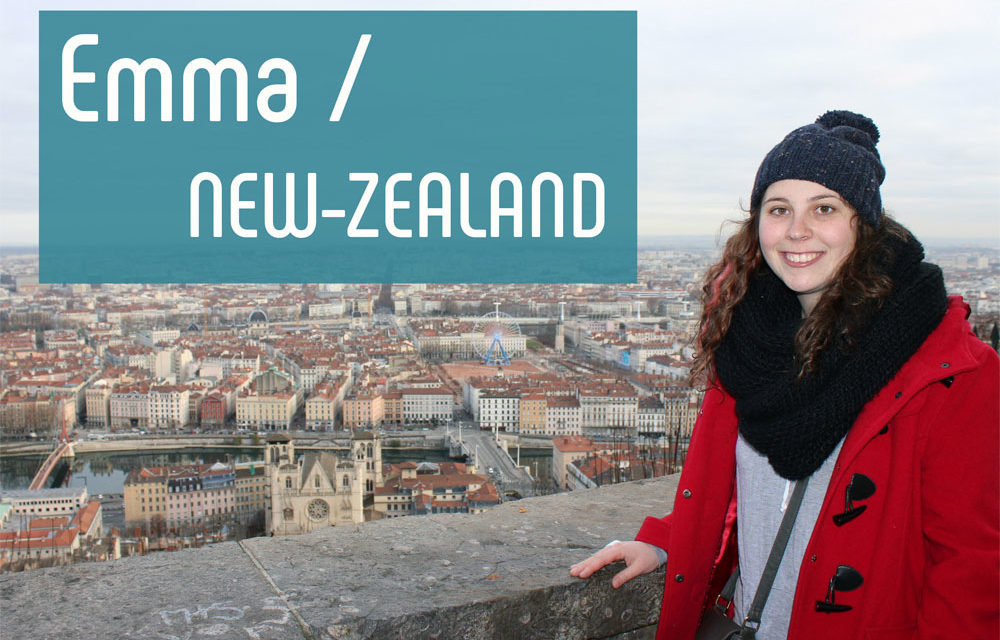 Each year, Lyon is welcoming around 16 000 international students! Let’s talk with two of them, Emma and Pradeep, who studied in Lyon for six months.

Why did you come to Lyon?
I came to Lyon to study as part of a Global Exchange program my university in New Zealand offers.

What was your first impression when you arrived?
What a beautiful city. The architecture is amazing, the people were lovely and the weather was fantastic!

How did you like the city?
I absolutely loved Lyon. There were so many things to do, see and visit. It’s also so rich with history and culture.

Which point is especially to highlight?
I’m super passionate about the French language and culture, so for me the people and cultural life were a highlight of my trip.

What was your favorite place?
I loved le parc de la tête d’or. I spent heaps of time there, especially in summer with the animals and everything there. It’s pleasant to walk or bike around and although it’s in the middle of such a big city, it was always so pleasant and relaxing.

Did you travel in the region? If so, what did you especially like or discover?
I travelled a little bit around the region. I particularly liked visiting some of the smaller towns and tasting local wines and delicacies.

Did you speak French before your experience in France?
Yes, I studied French for three years at high school and one and a half at university before arriving in France.

Is there any anecdote, connected to your experience that you wish to tell?
I don’t have one particular anecdote that stands out above the rest, but one of my favourite days spent in Lyon was when la fête des lumières was on. My friend from America was visiting and we spent hours visiting all the different lights displays that were around the city. It was incredible. I highly recommend it!

How will your experience be useful for your future?
I learnt so much whilst studying abroad in Lyon. I think my experience has definitely broadened my horizons because I was immersed in a different culture and got to experience a different way of living to that back home. I also gained a lot of confidence from getting out there, meeting new people and exploring. 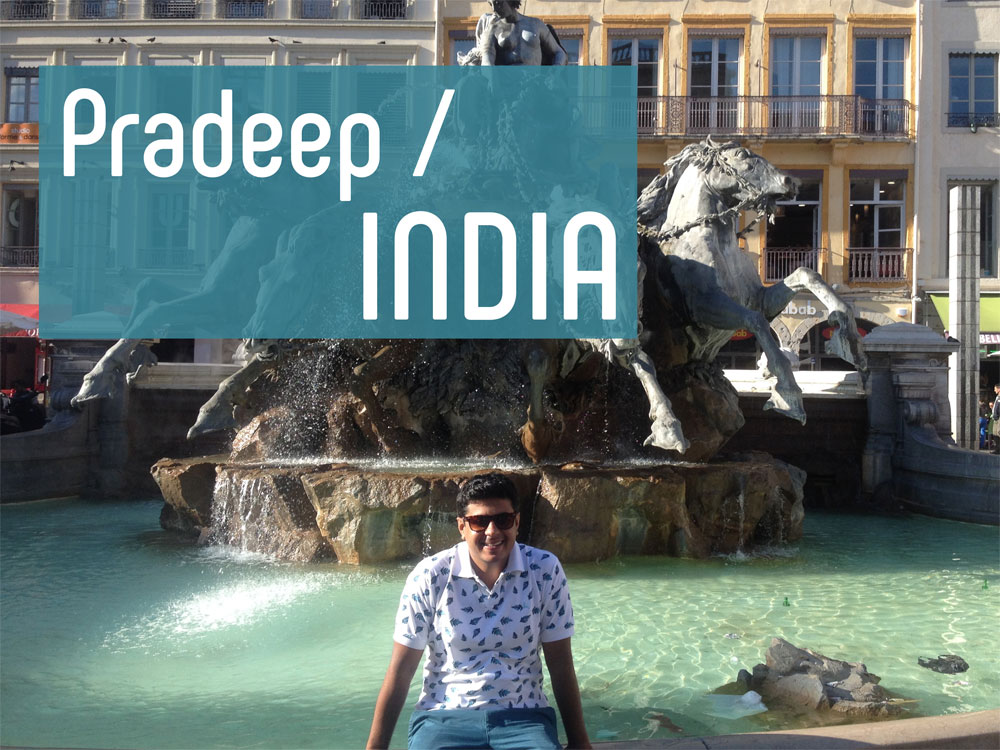 When have you been in Lyon and how long?
For around six months from September 2015 to February 2016.

Why did you come to Lyon?
For Master in French in the University of Lyon.

What was your first impression when you arrived?
French people, especially Lyonnais is very genuine and so helpful. As it was my first International trip, I had no experience about the system and some basic information. I had my flight from Jaipur( India) to Lyon and I took then a TGV from Paris to Lyon. So during my around 3 hours journey in the train, I interacted with a French women. She explained me how to go to college and to my residence and other things that i didn’t find on the Internet. So all over she didn’t seem like not talking to strangers and she was so happy to welcome foreigners in her country.

How did you like the city?
Its so awesome and I would love to live in again and again !

Which point is especially to highlight?
No doubt: French kitchen is very delicious with a great number of yummy chesses, or pleasant Wines. This city is full of culture. There are many cultural events and a lot of them are free. It was also the first time I celebrated Christmas in a church and with their special food.

What was your favorite place (coffee, bar, park)?
Ninkasi Cordeliers, a pub where I used to go with my friends and the “Tete d’or park” for jogging and to spent silently some time with friends.

Did you travel in the region? If so, what did you especially like or discover?
I went to the city of Lille, in my friend’s old house that is situated in country yard side named “Brionnais”. It was so beautiful and a very calm area surrounded by the nature. I loved their special way of life : to live with nature and eat all time organic foods (they keep animals like cows for all pure non- chemical foods). Lille was such a nice city, not as occupied as Lyon. We went by car, so that was my first time sees the highways, how safe they are.

Did you speak French before your experience in France?
Yes, before coming to France, I had B1 level.

What was the first or favorite French word you learnt in Lyon?
Allez, à plus!

Is there any anecdote, connected to your experience that you wish to tell?
In starting days, I really don’t know till now how the first months gone so quickly. In the second month, I made a really nice friend who’s name is Olivier. He gave me an unforgettable opportunity to live in French culture, their living style, their daily life and their food like Fromage, Confiture , or Vin. I was so lucky to find him. He brought me to his grandmother’s house, situated in Lille, to celebrate one of the biggest event “Christmas”. I can’t even tell in some words. Even if I am totally vegetarian its seems so straight yaa, but her mom made especially for me a vegetarian dish that I just loved at all. I am so thankful to them, my friend and his beautiful Family.

How will your experience be useful for your future?
First of all, it’s clear that French people are very friendly. They are not rude or unwelcoming as people used to say, even if it is a bit difficult to communicate in English with them sometimes. Personally this experience helped me out to get many changes in my life. During my stay in France I have visited around 12 European countries that is still unbelievable for me. I learnt how to manage all things together such as itinerary, finance, language, discover a different culture and many more when you are alone in everywhere.